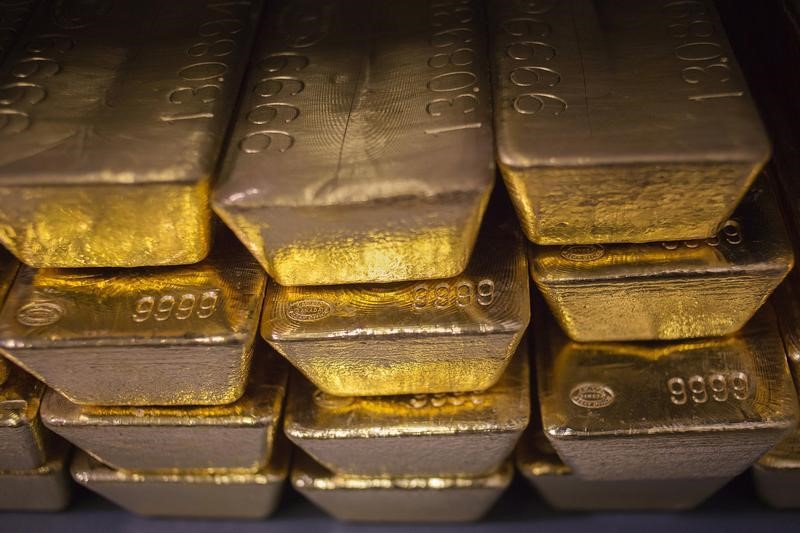 Investing.com – Gold prices jumped more than 1% to fresh six-year highs on Wednesday as in the face of weakening global growth.

The fact that the Reserve Bank of New Zealand cut its by a full half-percentage point to a record low of 1% and signaled that , shocked markets that had priced just a 25 basis point cut.

Although the Reserve Bank of India was widely expected to cut its own for the , it ended up doing so by a larger-than-expected 35 basis points.

Adding to the string of dovish moves, Thailand’s central bank also cut by in an unexpected move.

“Gold is doing very well out of all of this, climbing on the back of a softer dollar, risk aversion and just a broader beneficial environment, from a monetary policy perspective,” Craig Erlam, market analyst at Oanda, said in a .

The on the U.S. 10-year Treasury fell below 1.7% for the first time since 2016, while the German bund saw its plunge to record lows in negative territory.

At the same time, the recent escalation in trade tensions between the U.S. and China supported demand for the safe-haven precious metal that analysts speculated could strengthen the rally.

The People’s Bank of China also allowed the yuan to fall below the psychological-level of 7 per dollar, sparking an accusation from Washington that the country was a currency manipulator.

“With the trade war of the century not appearing to end anytime soon as the Trump administration thinks of new ways to outsmart Beijing for the devaluation of the yuan, gold futures could seek a perch in the $1,800 territory after crossing the $1,500 barrier for the first time in six years,” Investing.com senior commodity analyst Barani Krishnan said in a .