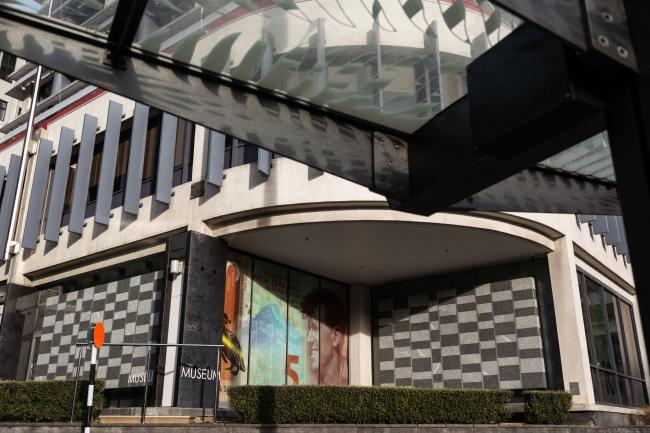 Reserve Bank Governor Adrian Orr and his policy committee eased the official cash rate to a record low 1% as slowing economic growth prevents inflation from returning to the central bank’s goal. Orr signaled further easing could be possible and even hinted at non-conventional policy as the global outlook darkens amid a worsening economic conflict between the U.S. and China.

“Growth has slowed over the past year and growth headwinds are rising. In the absence of additional monetary stimulus, employment and inflation would likely ease relative to our targets,” the Reserve Bank said Wednesday. “Global economic activity continues to weaken, easing demand for New Zealand’s goods and services.”

Most economists had expected a quarter point cut in the OCR. The New Zealand dollar fell more than a U.S. cent on the surprise, and dropped further when Orr said today’s rate cut doesn’t rule out “future action” and discussed the possibility of negative interest rates at a press briefing following the decision.

New Zealand’s central bank was the first among developed economies to cut back in May and now becomes the first to deliver a half-percentage point reduction this easing cycle. The last time the RBNZ cut interest rates on such a scale was in March 2011, following a series of devastating earthquakes in the South Island city of Christchurch.

“We are very surprised,” said Dominick Stephens, chief economist at Westpac Banking Corp. in Auckland. “The RBNZ appears to be trying to get ahead of the curve with today’s move.”

The central bank gave no forward guidance in its policy statement. Its new projections signal a small chance of another rate cut later next year. They show the average OCR dropping to 0.91% in the fourth quarter of 2020.

“The RBNZ’s OCR forecast now has a low of 0.9%, still implying an easing bias,” said Nick Tuffley, chief economist at ASB Bank in Auckland. “The meeting minutes and statement were less clear on the need for further action, but continued to note downside risks.”

The committee’s decision was reached by consensus, according to a record of the meeting also published Wednesday.

“The members debated the relative benefits of reducing the OCR by 25 basis points and communicating an easing bias, versus reducing the OCR by 50 basis points now,” the record says. “The committee noted both options were consistent with the forward path in the projections. They agreed that the larger initial monetary stimulus would best ensure the committee continues to meet its inflation and employment objectives.”

New Zealand’s economy has cooled, with annual growth slowing to 2.5%. Subdued business confidence has hurt investment, while weak consumer sentiment and falling house prices have curbed spending. Fears of the impact of a trade war between the U.S. and China on global growth have seen dairy prices decline.

The RBNZ today cut its forecasts for economic growth, saying it now expects gross domestic product to increase 2.7% in the year through March 2020 compared to 3.2% previously. It sees growth lifting to 3% by early 2021.

Employment is around its maximum sustainable level and recent data recording improved employment and wage growth is welcome, the RBNZ said. A report yesterday unexpectedly showed the jobless rate fell to 3.9% in the second quarter, as hiring picked up and wage inflation rose the most in more than a decade.

The central bank lowered its near-term forecasts for inflation, saying it now expects prices to rise 1.4% in 2019 compared to 1.6% previously. Inflation is not expected to reach 2% until the final quarter of 2021, six months later than previously expected.